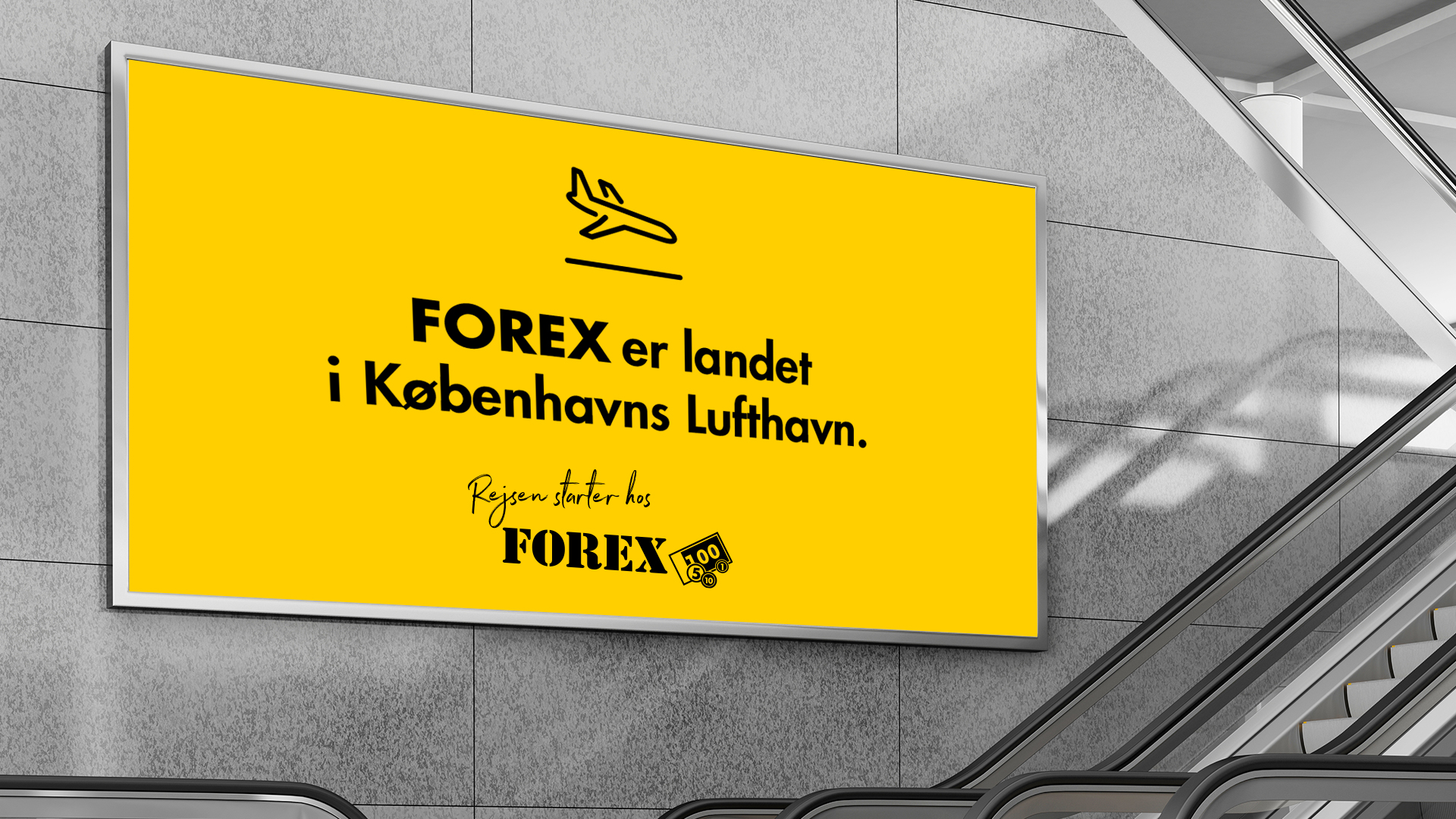 Forex has landed to HEL and CPH

Forex is the Nordics’ leading company specializing in currency exchange, operating in Finland, Sweden, Denmark and Norway. Drama Queen helped the company to launch at Helsinki and Copenhagen airports.

Ah, Finally in the destination! What would you do first: Go to the beach? Or have a nice cold drink? Or maybe take a nap in the hotel’s soft bed? One thing is certain: The first thought is not to go hunting for a currency exchange point or an ATM.

The importance of cash can come as a surprise abroad if you are used to pay in countries that pioneered card and mobile payments (especially when many had a long break in traveling due to the pandemic).

Drama Queen designed a campaign to inform people about the arrival of Forex at Helsinki Airport and to remind them of the benefits of travel currency. The core message was to enjoy the journey instead of running after money.

Hyperlocal advertising solutions were also used at the airport to inform passengers about currency exchange at just the right (and the last) moment before boarding the plane. The campaign was later continued in Helsinki and Copenhagen, where Forex opened service points after Helsinki.